The Oakland Museum of California has Bufano sculptures on display.

Bufano taught at the California College of Arts and Crafts in Oakland, as well as the San Francisco Institute of Art and the University of California, Berkeley.

He is also credited with the mosaic outside the ILWU (International Longshore and Warehouse Union) Hall at 99 Hegenberger Road. 1

Beginning in 1961, his 18' statue of St. Francis was displayed at the Bermuda Building. 2 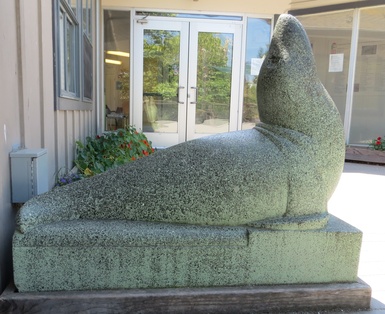 Bufano was also a mosaicist. One of his frequent collaborators was Alfonso Pardiñas, who made Bufano's mosaic sculpture grave marker (located in Colma, CA).