Bercovich Furniture was a successful family-run furniture and appliance store established in 1906 by Edward Bercovich. After his death in 1938, the store continued to be run by his sons, nephews, grandsons, etc. Several generations conducted business for decades, and were huge contributors to many local community projects, the largest of which was the financial support of youth sports teams.

By 1922, the store was Edward Bercovich & Son on 8th Street at both 531 and 533; Albert Roland Berchovich was the "& Son". Harry Bert Bercovich (not his older cousin, Harry Bercovich) was listed in the 1924 directory as a salesman. Probably best known was Edward's younger son Sam Bercovich, who continued and expanded Edward's program of supporting youth sports programs. 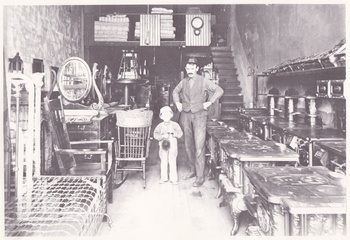 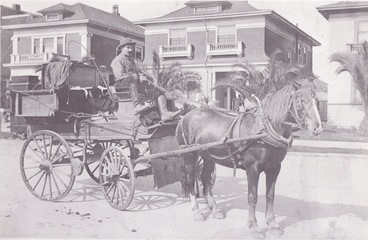 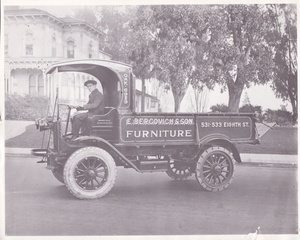 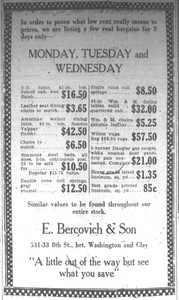 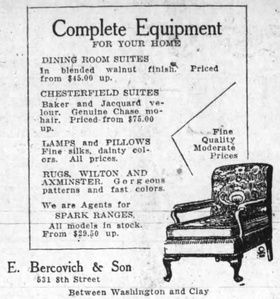 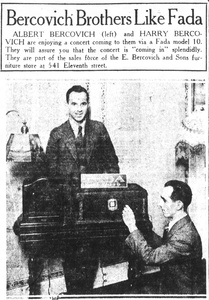 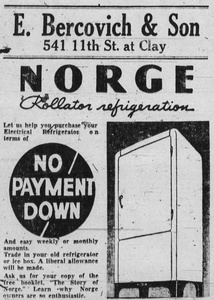 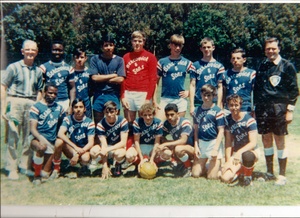 Edward began sponsoring local youth and semi-pro sports teams in the 1930s. [ year? c.1933 ]. Over the years, this sponsorship grew, especially under Edward's son, Sam. While people more often remember the baseball teams, they sponsored other sports like soccer, too. 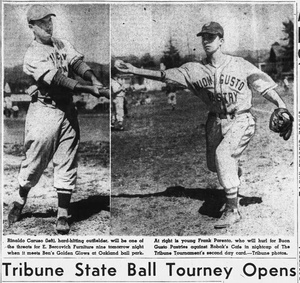 Kept the A's on Radio

During the 1978 season there was uncertainty as to whether or not the Oakland A's would stay in Oakland or move to Denver, Colorado. Because of this, none of the major radio stations in the Bay Area wanted to bid on the radio rights for the season, so Charlie Finley sold the rights to the University of California student-run radio station. Only the first 16 games were covered in the deal, and the station didn't want to preempt their regularly scheduled programming. So Bercovich Furniture bought the broadcasting rights to the rest of the season, struck a deal with country music radio station KNEW to broadcast the games, and offered their old friend Curt Flood, whom they had sponsored as a youth, the color commentator job. Bud Foster was hired to lead the play-by-play, with Cliff Haynes as the second game announcer. Although the Oakland A's was the team most damaged by Flood's lawsuit, when Max Bercovich told Finley that he wanted Flood on the A's broadcast announcers team, there was no objection from Finley.