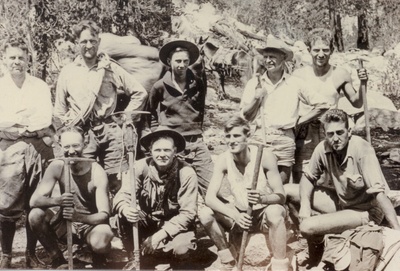 (James) Bestor Robinson (February 9, 1898 – December 9, 1987) was a mountaineer, lawyer and environmentalist. He was the law partner of Earl Warren, long-time director of the Sierra Club, and 2nd child and only surviving child of Judge Edward C. Robinson and Sarah T. Merritt, daughter of James Bestor Merritt. Robinson grew up at the family home at 552 Montclair Avenue.

Robinson went to the University of California then attended Boalt Law School and Harvard Law School.

In 1925, he married Florence Breed (Robinson). Florence's father was Arthur Hastings Breed, long time Senator in the California State Senate. They had four children: Edward Robinson, Carolyn Robinson, Merritt Robinson and Warren Robinson. Florence was also a University of California graduate (mathematics), and was the first woman president of the California Spring Garden Show. 4 Bestor was also involved in the production of the show during the 1930s.

Bestor built a lovely Mediterranean home on the Oakmore neighborhood in 1924. The first home to be built in Walter Leimert's new development. The architect was Guy Brown.