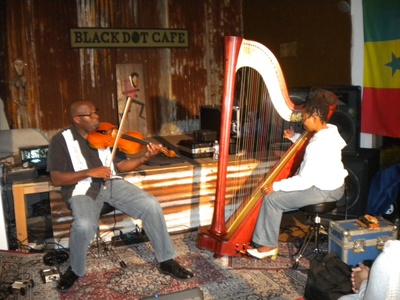 The Black Dot Cafe was a cafe which served as a poetry and music venue in Village Bottoms in West Oakland. It was founded in 1998 by poet and self-styled "mayor of West Oakland", Marcel Diallo Jack.

It was in a variety of locations over the years, most recently in a commercial space in the Pacific Cannery Lofts, provided at low cost by developer Rick Holliday. 1

The cafe originally opened in 1998 on International in the San Antonio neighborhood.2