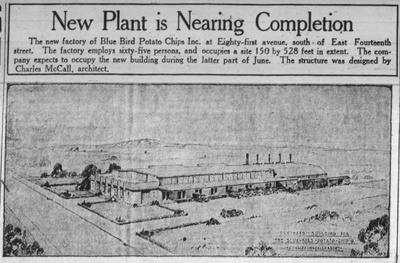 The Blue Bird Potato Chip Factory was at 966 - 81st Avenue, and was owned by Laura Scudder. The building was designed by Charles W. McCall, and constructed in 1931. 1

Scudder began producing potato chips in southern California in 1926. 2 To expand into northern California, she purchased a potato chip factory on Beck St. (now part of Bancroft Ave.) near 64th Avenue from Frank Sabin in 1930. 3 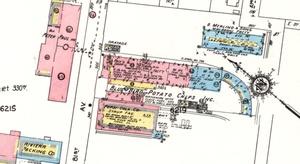 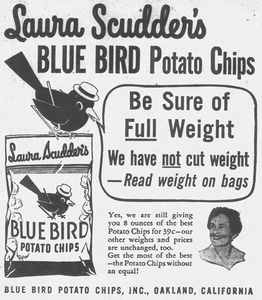 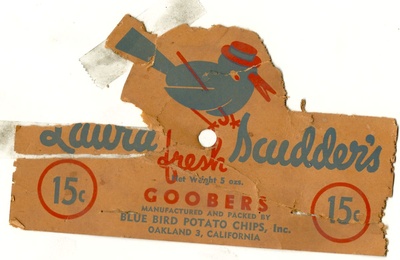