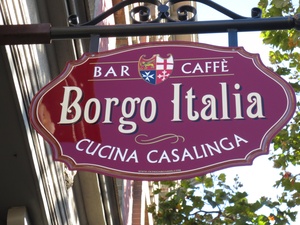 Borgo Italia Bar & Caffe was a restaurant established by Paul Ferrari that lasted about one year in a location in Old Oakland that has been the site of a number of different restaurants over the past few years (Cafe Chienville, Oaktown Cafe, B Restaurant, and Borgo Italia). A new restaurant, Desco, opened at the site in August 2013. 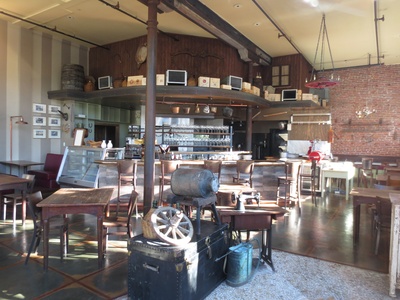 Borgo Italia (before opening, August 2012)
photo CC-A from Our Oakland