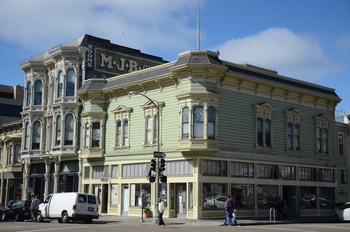 Not much is known about Bowman B. Brown, but this is probably his grave at Mountain View Cemetery. 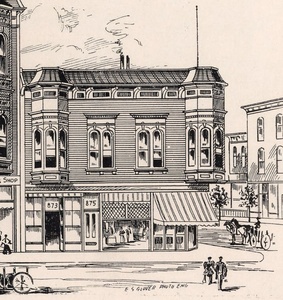 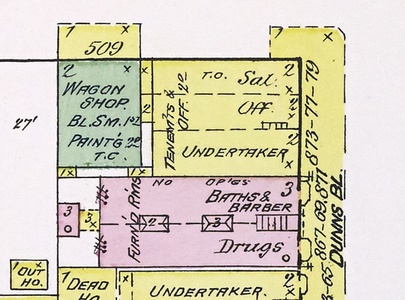 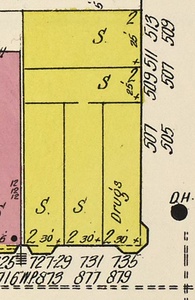 One early tenant was Beaudry and McAvoy undertakers (McAvoy and McCarthy for a time). They moved to 873 Washington in 1878, and were still there in 1905 when Mrs. McAvoy took over for her late husband, J.C. McAvoy. 1,2 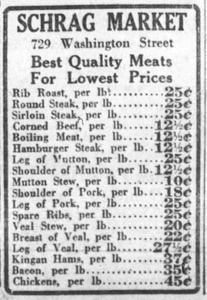 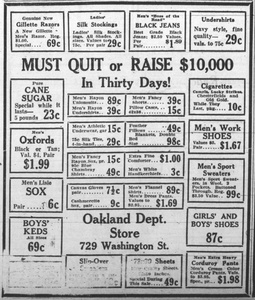 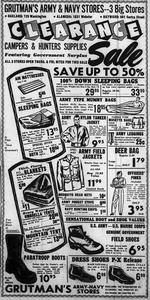 One of the upstairs rooms at 875 Washington had a series of dentists over the years, including J. Dimmick, E.K. Belfils, and C.L. Bonstell.

877 Washington had a variety of tenants, including E. Lascombe, who had a "French Bazar" until 1882. Another was Henry J. McAvoy, who was in real estate, who started in 1886 3 (he also had a coal business in the next block up). [ relationship to J.C. McAvoy not yet known ] For a brief time in 1895, it was New Enterprise Store, a clothing store run by M.H. Coffee [ Michael Coffee? ]. Then beginning in the late 1890s, it was a grocery store, first H.L. Conklin, 4 then F. Anderson & Co., then J. Berquest & Sons (John Berquest, and sons Albert and Ninder). 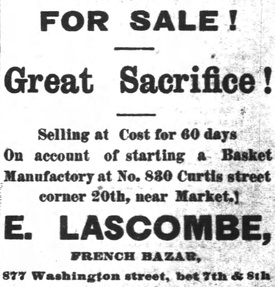 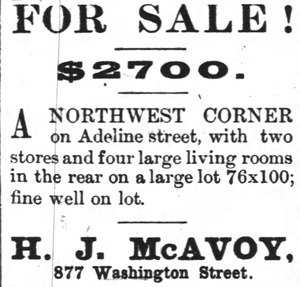 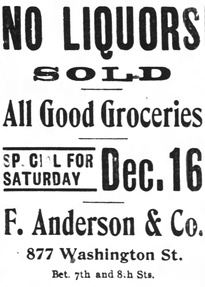 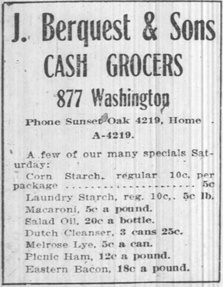 As 731 Washington, the space was often paired with 729 Washington, for example Berquest Brothers Grocery (c.1917), or Washington Clothing Company (1929). 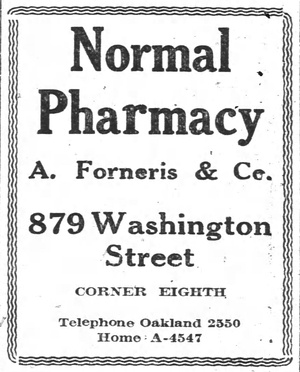 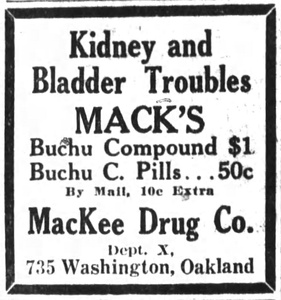