The building that was formerly Buss Automotive at 1255 7th Street in Acorn is in the process (January 31, 2015) of being covered by murals by the TDK family.

The rear of this building now reads "Secure Bicycle Parking" and has BART tracks on it. It has been updated and can be seen from the BART tracks by West Oakland. 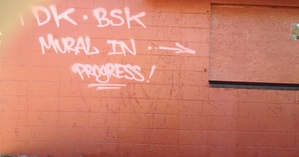 7th street side- not painted yet! photo by greenkozi 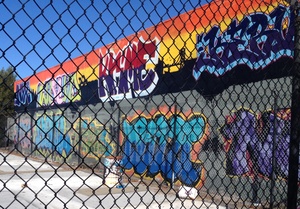 back side of building. it's not clear if this was already there- it's fenced in by a very tight fence that would make it hard to paint. photo by greenkozi 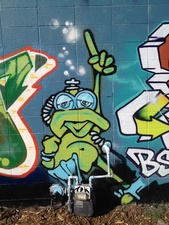 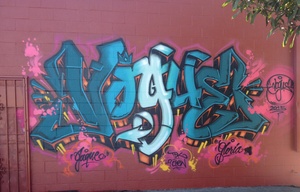 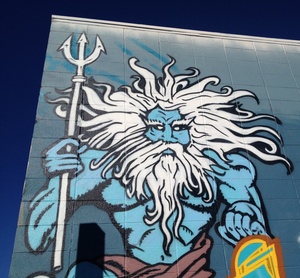 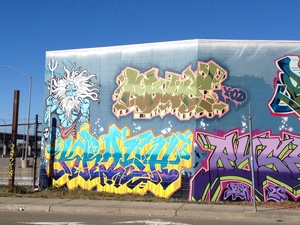 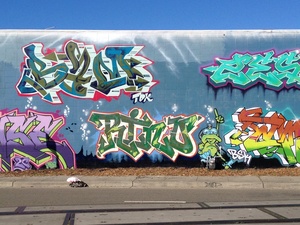 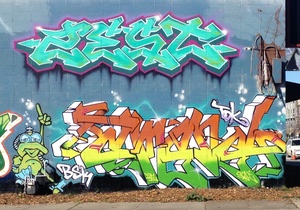 Zest and Amend photo by greenkozi

As of April, 2015, the rear of the building looked like this: 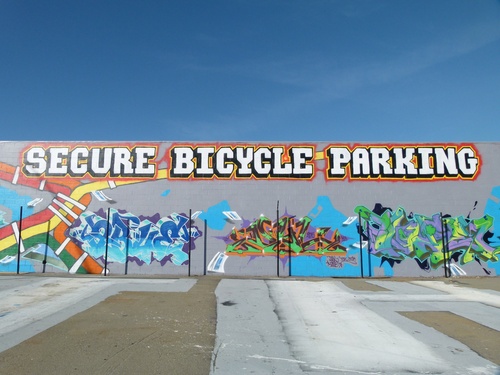