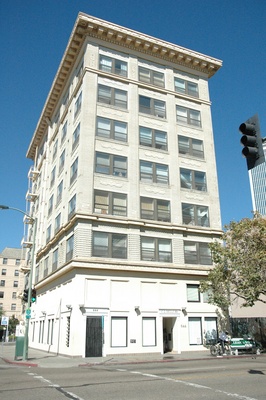 The C. L. Dellums apartments is the former Hotel Woodrow at 644 - 14th Street on the northeast corner of 14th Street and Martin Luther King, Jr. Way. The hotel was originally built in 1912 as the Alamo Hotel. After time as a residential hotel, it fell into serious disrepair, and was closed following the Loma Prieta Earthquake.

In 1918, Dick Adams. founder of the Hotel Adams, purchased the Alamo Hotel and renamed it the Hotel Woodrow. 3

As with many hotels of the era, it served as both a regular hotel and a longer-term residence hotel. Stanley P. Wilson, an engineer with the Southern Pacific Railroad, lived there from 1926 to 1954. 5 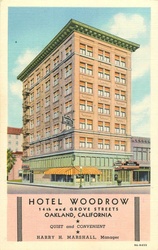 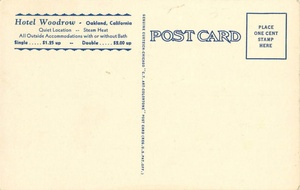 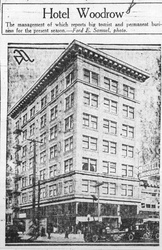 In 1995, a few years after the Loma Prieta Earthquake, the building was repaired, converted to low-income housing and named after C. L. Dellums.