Fifty "Cameron Built"  Modern Spanish Home in the Fruitvale  District. The first unit started in 1923 on Maple and School Streets. and the 2nd Unit was started in 1925 at Texas and Pleitner Streets.  The tract was designed by W. A. Doctor and built by H.C. Cameron with furnishings provided by Lachman Brothers. 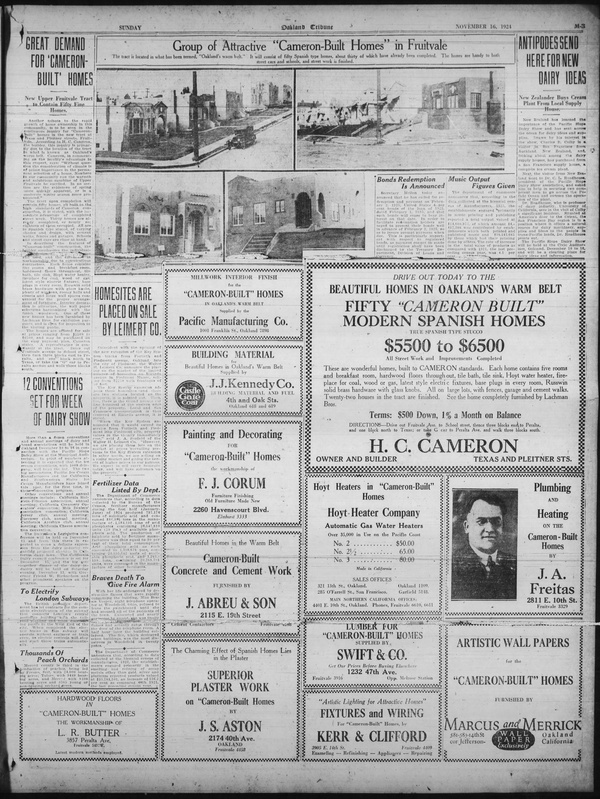