Camp Merchant (previously named Camp Merritt) was a Civil War tent encampment of the 1st Regiment Cavalry established between August and October 31, 1861 near Lake Merritt.  Edson Adams hosted the troops on his large waterfront homestead along the north side of what is now known as Lake Merritt. 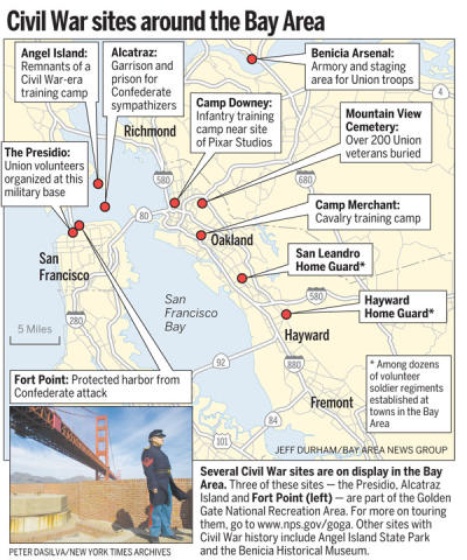