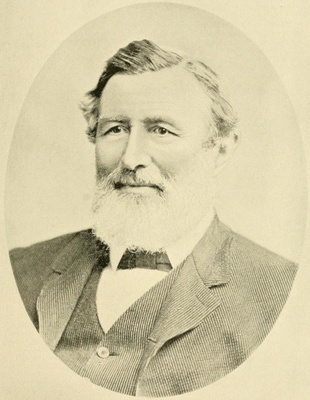 Caspar Thomas Hopkins (May 18, 1826 – October 4, 1893) was an early settler of what is now Fruitvale. He formed the Sausal Creek Water Company which built a dam and reservoir at the upper end of Dimond Canyon near where Highway 13 is now. The reservoir later became part of the East Bay Water Company and remained until the early 1920s. Hopkins' main business was insurance, and was president of the California Insurance Company; Samuel Merritt was the vice-president.

The family home in Fruitvale was known as Alderwood. It was on 6 acres of apple orchard near Sausal Creek. He replaced the apple trees "with two hundred and fifty fine cherry trees, peaches, almonds, apricots, etc." and bought an additional 4 acres across the creek. "The creek meandered through the lot in form like the letter S (it has since been straightened and spoiled) and was lined with huge oaks, laurel alder and buck-eye trees." 1

In 1878 it was reported in the Oakland Daily Times that the grounds of Alderwood were "laid out in exquisite order. Cool, shady walks under interlacing cedars or acacias, grassy lawns, rustic bridges, rustic steps leading beside the clear pools of the creek swarming with the recent hatch of the trout family . . ." 4 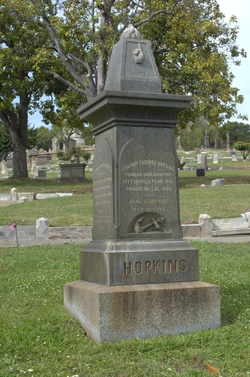