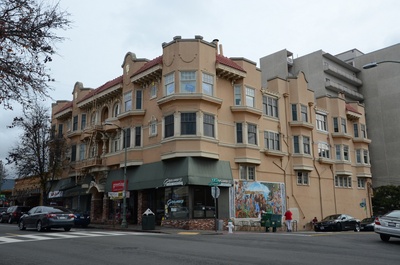 Castle Apartments is an apartment building at 4154 Piedmont Avenue. It was built in 1911.

When constructed, it had a 'unique' telephone intercom system where visitors could push a button and it would dial the appropriate apartment. The tenant could then push a button and open the door for the visitor. 1

The apartments also featured Marshall & Stearns portal beds. Similar to Murphy beds, the beds could be hidden in a special closet when not in use. 2 They could be let down into the living room, or "by a slight motion, in agreeable weather, the bed will turn about and can be let down into the sleeping porch." 1

In 1913, William J. Sofield was the manager, and it had a branch of the Oakland Free Library in the basement. 9

From at least 1914 to 1921, the building was owned by Flora Morrill. 6,8 On November 20, 1914, a small fire broke out in the furnace room, but the fire department arrived quickly and prevented it from spreading. 6 In 1916, a water heater exploded in the basement, causing some damage. 7

On February 26, 1940, a fire broke out in a cosmetics manufacturing plant in the basement. It damaged the ice cream parlor on the ground floor, and the smoke forced all 14 families to evacuate the building. 5 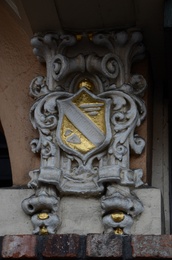 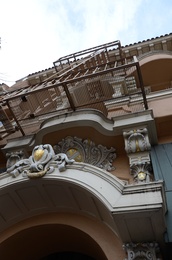 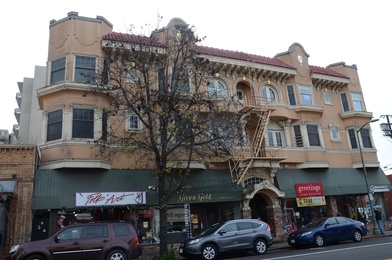 The Piedmont Avenue side is designed as a commercial space with addresses 4150, 4152, 4156 and 4158, and is currently home to Gaylord's Caffe and other shops. There is a large, colorful mural on the 41st Street side.

Here is a partial list of residents, based on newspaper stories and other sources. 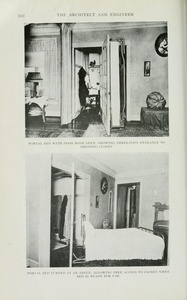