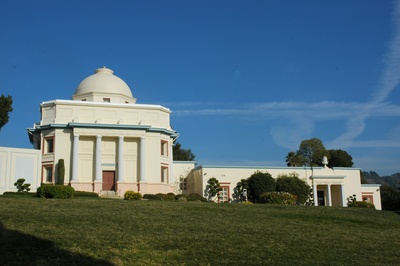 The Chapel of Memories is a columbarium and mausoleum at 4401 Howe Street, owned and operated by nearby Chapel of the Chimes. It has both indoor and outdoor sections. It was also known as the Oakland Crematorium and Columbarium.

The first building was constructed in 1901. From at least 1914 to 1936 there was a second building with a large Chapel of Memories sign on it. 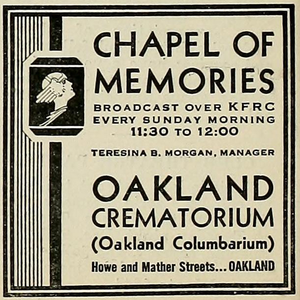 Note reference to Mather Street, the old name for this section of the current Pleasant Valley Ave.The dome-topped edifice, with its distinctive neoclassical (?) façade, which (in an earlier era of mostly lower buildings) was originally as visible from most of what was then Oakland as the Mormon Temple is today, is said to have been designed by prominent architect Walter J. Mathews (though Mathews was for a time so prolific that no one’s really sure anymore). [ Or did he design the other building that's no longer there? ]

In 1930, the Chapel had a radio program broadcast every Sunday morning on KFRC from 11:30 to noon. Teresina B. Morgan was the manager (and also the president of the Oakland Business and Professional Women’s Club at the time). 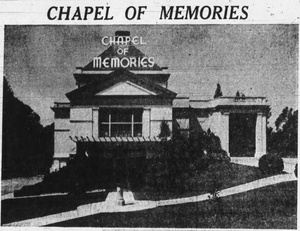 Oaklanders interred in Chapel of Memories 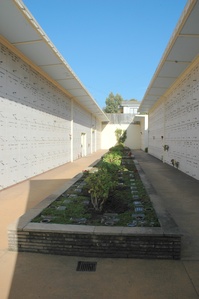 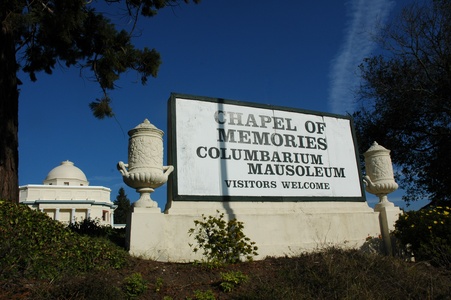 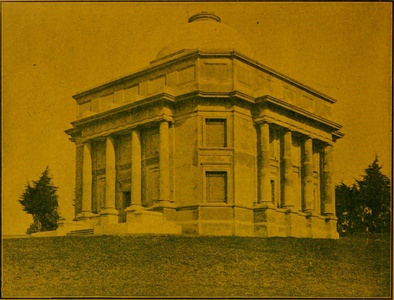