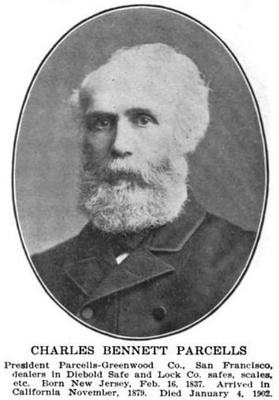 In the 1880s, Charles was manager for the Hall Safe and Lock Company of San Francisco. After a controversy about his accounts in 1887 2, Parcells went into business for himself as an agent for the Diebold Safe and Lock Company. Frank did sales, and Charles Edward was the bookkeeper.

After Charles died in 1902, his son Charles Edward took over the business. At some point son Frank went to Harvard to study law and became a lawyer. 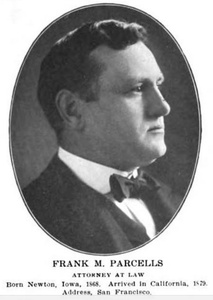