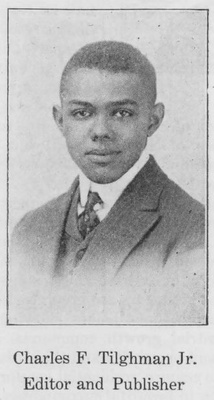 Charles Francis Tilghman (March 11, 1897 – December 2, 1985) owned a printing business. He was the son of social activist Hettie B. Tilghman. 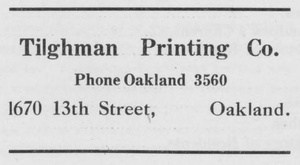 In 1915 and 1916, Tilghman published The Colored Directory of the Leading Cities of Northern California. It is a rich source of information and photographs of black people, institutions, and businesses. The 1916-1917 directory includes a congratulatory letter from Booker T. Washington. He did this when he was 18 years old, using a printing press set up in the family home at 1670 - 13th St. 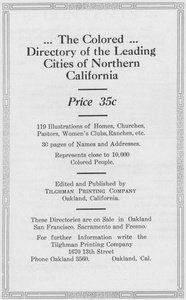 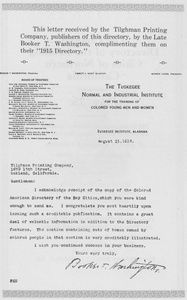 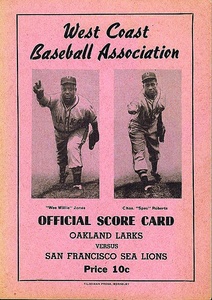 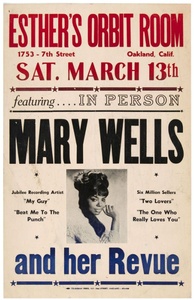 In the 1960s, Tilghman Press was noted for printing of distinctive concert posters. 1,2