Charles Newton (1826 – June 5, 1894) was an early land owner of the Peralta Heights development. Newton is the likely origin of the name for Newton Avenue. He is said to be the originator of the idea for a roadway around Lake Merritt, and deeded land to the city for that purpose. 1

According to his obituary, shortly after his arrival in California, he purchased 70 acres of land in Peralta Heights, and that was the basis of his fortune. 1 The 1880 census lists his profession as "retired merchant." Newton served as a town trustee of Brooklyn in 1870. 2,4 In 1877, Charles and Jane sold the land that would become Peralta Heights for $83,000. 6 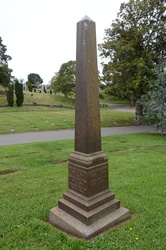 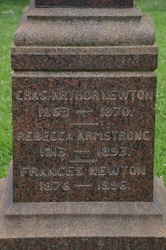 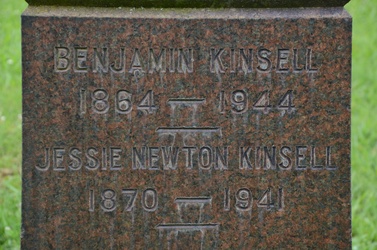 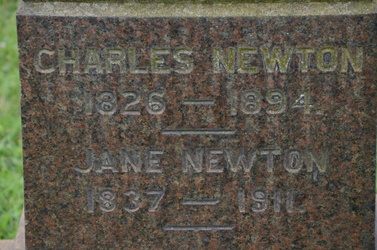