Charles Williams was a candidate for Mayor in the 2014 Election. He was eliminated in the 8th round. 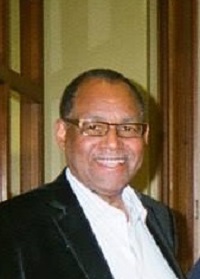 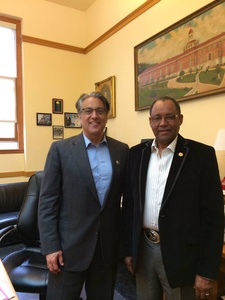 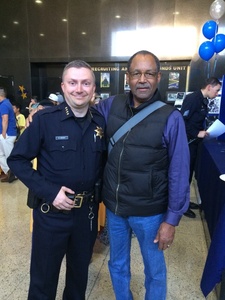 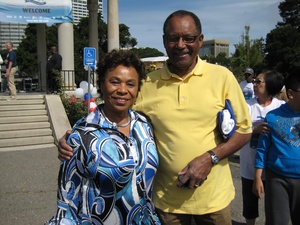 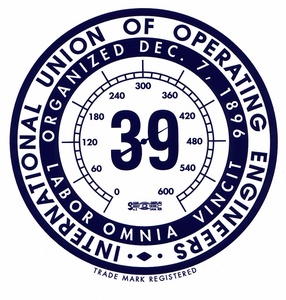 Charles R. Williams joined the U. S. Navy family in 1961. Over the last fifty years he has garnered experiences in leadership and management. As a leader he took part in ship overhaul, material management, maintenance data collection, planned maintenance, and worked on the day to day military ship repair contracts.  Mr. Williams gained additional experience trouble shooting, documentation of developments and system development.  He accomplished four successful tours to South East Asia on search and rescue.

In 1970 he was promoted to military police supervisor as he worked with some of the world's premier police departments on counter terrorism while developing new innovative means of fighting international crime. In addition, he acquired five years of military recruiting experience in South Central Los Angeles, integrating major organizations and Los Angeles city schools for the purpose of mentoring and tutoring. These skills has allowed him to build on his expertise in various areas such as public speaking and media presentation. After retirement, he entered small business consulting, and was employed in medical stationary engineering for the next twenty three years, after which he worked as a private consultant and lastly, with the city and county of San Francisco City Hall.

His goal is to bring simple structure back to our beloved city of Oakland, by researching every complaint in its entirety as it relates to the Oakland Police Department. Hundreds of suits are filed every year against the Oakland City Police Department and millions of dollars are paid out without proper research and investigation. The community needs to know that it will take half the cost to prevent crime as it would to pay in compensation after the damage is done.  The day to day pressure for these Officers are tremendous.  In addition, our Officers are putting their lives on the line and are out-gunned and out-equipped by the street gangs and criminals.   The solution is to have on staff two hundred policemen and approximately a hundred and fifty to two hundred patrol observances from the long term unemployed from the professional ranks.

As far as the violence in the Oakland schools are concerned, he feels that it would be practical to put all the students in uniforms which would make it easy to identify them and at the same time establish  a policy for grooming. This change in the long term would ease the everyday financial pressure that is placed on the parents and allow them to invest more towards their children’s education. This change would also cut down on the showing of gang colors that are so prevalent throughout the school system.

Finally, he would like to develop a tracking and community support system for the homeless.

To whom it may concern:

I, Paul V. Morris, Mayor of the City of San Pablo, do hereby endorse Charles R. Williams in his campaign for election to the Oakland City Council November 2014 election.

Oakland: series of interviews on Oakland's own OurTV! It's called Charles "The Chief" Williams for Mayor.

How do you say something intelligent in 2 minutes? http://oaklandlocal.com/2014/05/how-do-you-say-anything-intelligent-in-two-minutes/

Donations can also be made on Fundly at: https://fundly.com/charles-r-williams-for-mayor-of-oakland