Charles William McCall (June 19, 1878 – June 19, 1948) was an architect who designed numerous office buildings, apartments and homes around Oakland in the first half of the 1900s.

McCall was born June 19, 1878 in Oakland, to Charles McCall and Rachel Cluett (McCall). When he was 8, he went with his father to the Guernsey Channel Islands (where Rachel was born) off the coast of France, and then later to England. He returned to Oakland when he was in his 20s and began to practice architecture. 4 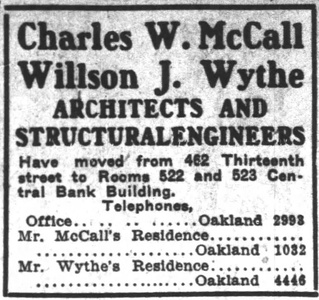 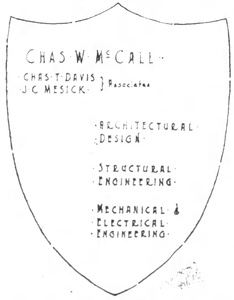