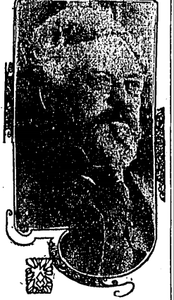 Wilkins2Charles Wilkins was a member of the Elks from its founding in Oakland and was elected as its "exalted ruler" in 1908.3

He was a contractor.

In 1893, he was at the center of the political controversy when Mayor-elect George Pardee and outgoing Mayor Chapman dueled over City Hall. Chapman had appointed him to the Board of Public Works and Pardee appointed John Towle. He resigned, he said, over the advice of his attorney in the hopes of restoring peace to the city.4 Apparently Wilkins was a popular man, as his non-appointment to the President of Council was big news in 1892.5