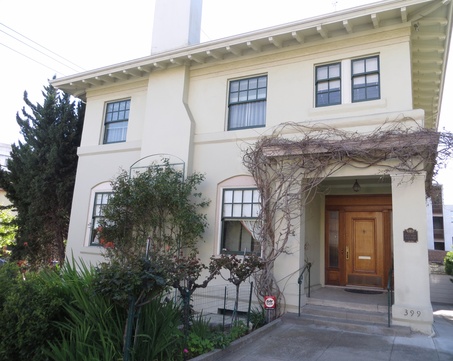 The Charles and Lucretia Bates House was built July 15, 1907 and is located in the Adams Point district of Oakland, California.  On December 5, 1995 the Bates House was designated Oakland Landmark #LM 95-79.

Built for Oakland builder and civic leader Charles Bates, Jr. and family, construction on the house was completed in 1907.  Designed by C.W. Dickey, who is best known for the Claremont Hotel in the Oakland Hills.  The Bates House was the first home on the block, making it one of the early residential homes built in the Adams Point neighborhood following the 1906 earthquake.

There is a listing for the Bates family in the Oakland Register of 1925:

After the last of the original owners passed away, the lovely home was turned into a Bed and Breakfast, but following the death of its owner Joe Ware in April 2008 the house appears to no longer be used as such. 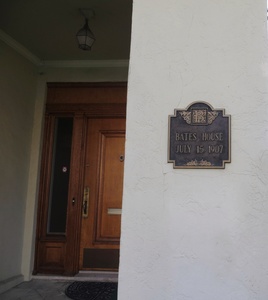