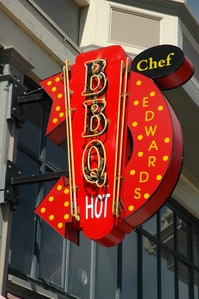 Chef Edward’s Bar-B-Que was originally in a different location, but had to move because of a development project. [ More history needed ] In 2012, Chef Edward moved his restaurant to Rio Vista (between the Bay Area and Sacramento) and closed the Oakland location. 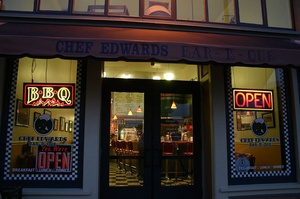