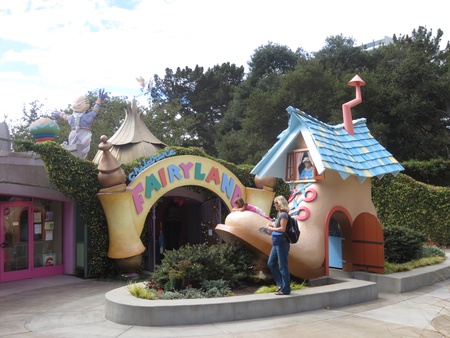 Children’s Fairyland is America’s first storybook theme park, located on the shores of Lake Merritt, in Lakeside Park, in the heart of Oakland. Since 1950, Fairyland has been the low-tech, high-touch outdoor playground for young children to create, imagine, play, and learn. The park is also home to the Open Storybook Puppet Theater, the oldest continuously operating puppet theater in the United States.[2]

A nonprofit community organization, Fairyland offers children and families a safe, stimulating environment with fairy tales, fantasy sets, performing arts, animals, and unique children's programming. As part of its mission to encourage young children to discover the joys of reading, they welcome school children on field trips from all over the Bay Area and offer subsidized visits to neighbors in need.

On a 1947 trip to the Detroit Children’s Zoo in Belle Isle Park, Oakland nurseryman Arthur Navlet saw a collection of small nursery-rhyme-themed buildings, and wanted to create something similar in Oakland’s Lake Merritt Park. His hope was to create much larger sets that children could climb in and interact with. After getting the backing of the Lake Merritt Breakfast Club, a civic organization devoted to improving the park, he took his ideas to William Penn Mott, Jr., then director of Oakland’s Parks Department. Mott and the Breakfast Club were able to raise $50,000 from Oakland citizens, among the sponsors: Earl Warren, Clifford E. Rishell, Joseph R. Knowland and Thomas E. Caldecott to create the park.

Navlet hired fantasy architect William Russell Everritt to design the original 17 sets. Everritt originally presented models which followed a standard fantasy architecture: straight-sided, “precious” buildings in gingerbread and candy. When told his models were too staid, he delightedly destroyed them and came back with buildings with no straight sides and outré colors and textures. It was exactly what Navlet was looking for.

Walt Disney toured many amusement parks in 1950, including Children’s Fairyland, seeking ideas for what turned out to be Disneyland. He hired the first director of Fairyland, Dorothy Manes, to work at Disneyland as youth director, in which position she continued from the park's opening until 1972.Numerous artists have contributed exhibits, murals, puppetry, and sculptures to the park. Some of the better-known artists are Ruth Asawa and Frank Oz, who was an apprentice puppeteer in the park as a teenager.

Fairyland In The Beginning

In 1956, the City of Oakland Parks and Recreation Department hired Burton Weber to promote the wonders inside Fairyland’s gates. Mr. Weber created a program for young children called Fairyland Personalities, which is still part of Fairyland’s Children’s Theater program.

Mayor Libby Schaaf was a member of the Children's Theater program when she was a child. She played Raggedy Ann and Cinderella. 1

Children's Fairyland was originally run by the city as part of Parks and Recreation. In 1994, with the help of the Lake Merritt Breakfast Club, the park became a non-profit, which allows them to apply for grants and fund raise. However, 80% of their operating money still comes from earned income (admissions, special events, weddings, etc.)

C. J. Hirschfield has been the Executive Director of Children’s Fairyland since 2002. There are special events like the annual Fairyland Gala (first Thursday of June) and "Drawn Together" in the fall which are for adults only.

Fairyland was the recipient of the East Bay Express Best Place to Take the Kids Readers' Poll Award in 2014 and 2015.

In 2015 Fairyland received the "Best Place to Feel Like You're 5 Again" from the editors of the East Bay Express. 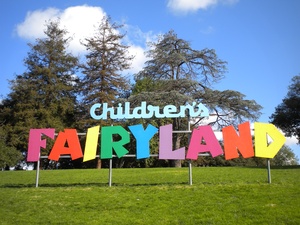 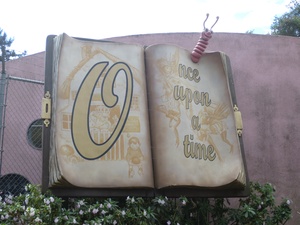 Once Upon A Time...
CC SA-BY Our Oakland 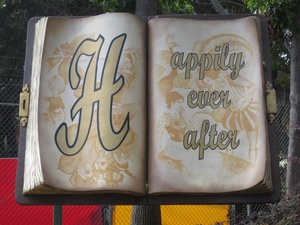 ...Happily Ever After
CC SA-BY Our Oakland 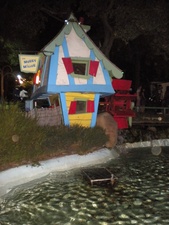 The Merry Miller at nighttime
CC SA-BY Our Oakland 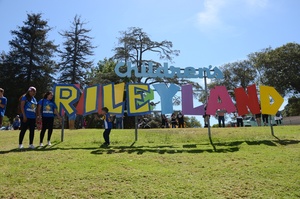