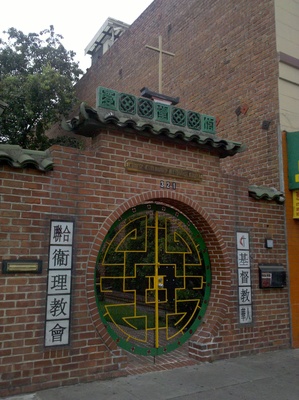 The Chinese Community United Methodist Church (CCUMC) is a church located in Chinatown.

The church was founded in 1887 and was called the Chinese Methodist Church. It was part of the Methodist Chinese Missions and was founded by Rev. Dr. Otis Gibson. The church provided schooling and served as a refuge for women who were victims of slavery and worked as prostitutes. The church used to have worship service and Sunday school. Eventually, it expanded to teach English and Chinese language schools.

Chan Hon Fun was pastor from 1900 until 1908. The churched moved around Oakland before settling at its current location in 1905. The church burnt down in a fire in 1913 and a new building was built. The newly built church was too small for the growing number of members. A new building and sanctuary was built in 1952. A social hall and annex was added in 1970. 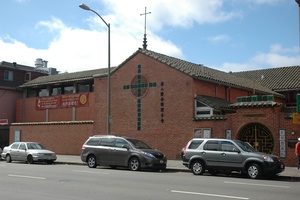