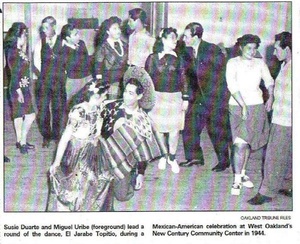 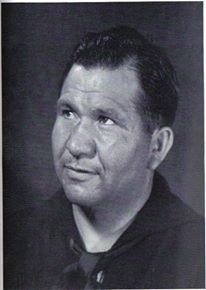 Cinco de Mayo is a celebration of the Battle of Puebla on May 5th, 1862 when a poorly-armed Mexican Army led by General Ignacio Zaragoza defeated a better-armed French army. The battle had become a popular celebration in the United States with Mexican Americans as a symbol of the defeat of a Colonial European Army. Many non-Mexican Americans think this day is Mexican independence and/or a chance to drink heavily, without understanding the significance of the date. The holiday is relatively minor in Mexico but has become extremely commercialized in the United States.

In Oakland, Cinco de Mayo has been celebrated as long as there have been Mexicans living in Oakland. One of the first people to organize a Cinco de Mayo Party in West Oakland in the 1920's was Dominguita Velazquez. Several Cinco de Mayo events were held over the years including one at the New Century Community center in West Oakland. One of the first to organize a city sponsored Cinco De Mayo festival was Ramon Martinez at the Oakland Auditorium (now the Henry J. Kaiser Convention Center) in 1946. 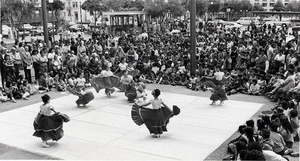 In the 1980's, there were Cinco de mayo festivals and Celebrations  held at Laney College and at Nel Centro de Juventud and  BART, along with the City of Oakland held Cinco de Mayo festivals at several BART stations in Oakland, including Fruitvale BART station and Lake Merritt BART station. In the late 1980's a Cinco de Mayo Festival was organized at San Antonio Park with a parade going down International Blvd. The festival and parade were held at San Antonio Park until 1999.

In the 2000's the festival was moved to the Fruitvale district. International Blvd. was closed off between about High Street and Fruitvale Ave. and a big festival was held with live music, food vendors, a car show and a parade. In 2009 the Cinco de Mayo festival was cancelled due to budget reasons with the city.The festival was cancelled in 2010 and 2012. 2011 was the last Cinco de Mayo festival held in the Fruitvale district on a large scale. The Unity Council, a local non-profit and partner in organizing the Festivals, continued the tradition in 2012 on a smaller scale due to the historical importance of 5 de Mayo. The Fruitvale Business Improvement District (a Unity Council program) Manager, Maria Sanchez, organized community members and businesses to host modest events with traditional Mariachis along International Blvd. and entertainment at Avenida de La Fuente.

It is too bad that the city has not sponsored this event that has long ties and connection to Oakland and especially the Mexican community of Oakland. Hopefully it will have a comeback. Noel Gallo, District 5 Councilman, partnered with The Unity Council in 2014 to host the event. With hard work, the event is growing again and is looking forward to the 2015 Festival with partners such as La Raza, BART, AC Transit and local businesses. Information can be found on The Unity Council Facebook: https://www.facebook.com/events/800837026619634/

The 2014 event was held in and around the Fruitvale Station Transit village. East 12th was closed between 33rd Ave and 35th. There were quite a few live music performances. Lots of groups set up informational booths and gave away free things and informational material. There was very little food in order to promote the numerous local restaurants that serve authentic Latino food.