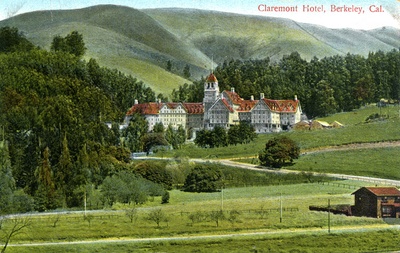 The Claremont Hotel is a large hotel in the Oakland/Berkeley Hills bordered by two roads that for years were the main routes between between Alameda and Contra Costa Counties, Tunnel Road and Claremont Avenue. Although the hotel has a Berkeley mailing address and is often described as being in Berkeley, the entire hotel and nearly all of the grounds are on the Oakland side of the border between Oakland and Berkeley. When construction on the hotel started in 1905, the property was not part of either city, but the site was part of a major annexation to Oakland that was approved by voters in 1909.

Prior to the construction of the Claremont Hotel, the current hotel property was part of a 13,000 acre estate assembled by Bill Thornburg for his daughter and wife, who wanted to live in an English castle, which Thornburg did construct. The property also included horse stables and other amenities. After his wife passed away and his daughter moved to England, Bill Thornburg sold the castle and the property to the Ballard family. On July 14, 1901, the castle and many other houses in the hills burned down due to a fire caused by hot, dry winds.

Next to own the property were Frank "Borax" Smith and his business partner, Frank Havens, who planned to build a resort hotel as a destination for The Realty Syndicate via the Key System. Legend has it that in a game of checkers (or dominoes, or poker) between Havens, Smith and Berkeley businessman John Spring, the property was wagered and that Havens won.

In 1905 Frank Havens and his Claremont Hotel Company started construction. After some delays, and the purchase of more land, the Claremont Hotel opened in 1915. The hotel was the largest anywhere on the West Coast and sits on the borderline between Oakland and Berkeley. The hotel was designed by architect C.W. Dickey for "Borax" Smith and Frank Havens' Realty Syndicate. Although it has been painted bright white for many years, it originally had a darker color scheme when it was built .

There is an alternate account of the Claremont Hotel, in which Frank Havens sold the land to Erick Lindblom, and that it was Lindblom, not Havens, that went on to construct the hotel in 1914. 2 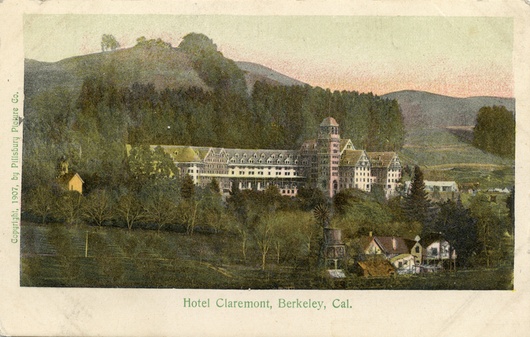 Longtime employee Claude Gillum bought the Claremont in 1937 for $250,000 and completely renovated the interior. Claude Gillum and his wife installed a fire resistant roof, automatic sprinkler system, high pressure water system and a smoke proof, water cooled fire escape. The wooden hotel building was threatened by the 1991 Oakland Firestorm. Images of the hillside behind the hotel covered with flames were shown around the country.

Since 1914, the Claremont has been owned by FRHI Hotels and Resorts, which also owns the Fairmont in San Francisco.4

41 Tunnel Road, Berkeley, California, 94705
(yes, the mailing address is in Berkeley, but the Hotel itself is within the Oakland city limits) 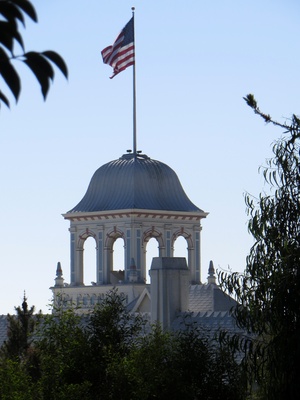 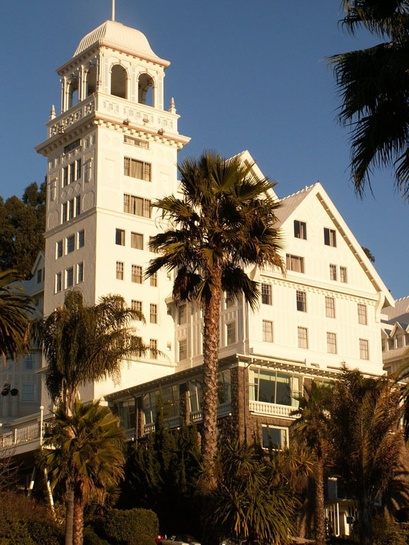 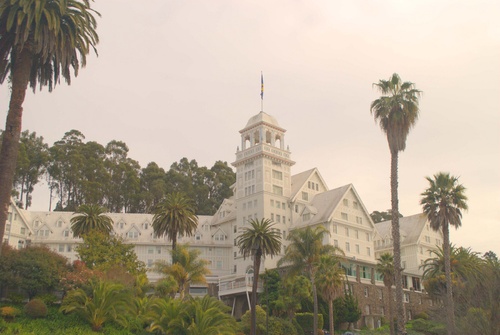