Clarence Jesse ("C. J.") Wetmore (August 21, 1851 – May 10, 1936) was the first student to register at the University of California and a member of the first graduating class in 1873, 1,2 one of the founders of the Cresta Blanca Winery in the Livermore Valley in 1882, 3,4,8 and one of the namesakes of the Wetmore Pardee Building. Wetmore was also a trustee of Mills College from 1925 to 1935. His wife, Mary E. Camden (Wetmore) is the namesake of Wetmore Lodge and Wetmore Gate on the Mills campus, which C.J. donated for in her memory following her death in 1924.

Wetmore was born August 21, 1851 in Maine, to Jesse Lamereux Wetmore and Matilda Henrietta Hammer (Wetmore). Clarence was the middle of 5 children, with two older brothers, Edward Louis Wetmore, and Charles Augustus Wetmore, and two younger sisters, Ida Matilda Wetmore, and Anna Louise Wetmore. Some time between 1855 and 1860, the family moved to San Francisco. By 1872, they had moved to Oakland, and Clarence had registered to vote.

On April 21, 1887, Wetmore married Mary Electra Camden (Wetmore) (March 8, 1861 – October 26, 1924). Mary's father Charles Camden built the first paper mill on the west coast in Peru. 3 Camden came to California following the discovery of gold in California, and ended up in Shasta County where Mary was born. 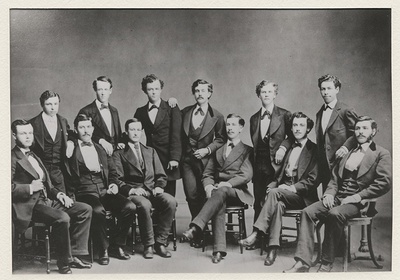 Wetmore attended the College of California in the 1860s. Following the signing of the Organic Act of 1868, the University of California was formed using the College of California as the basis. A year later, the university opened its first campus in downtown Oakland. The first student to register was Clarence Wetmore. Construction began on a campus in Berkeley, but classes continued to be held in Oakland. The first class, affectionately known as the "Twelve Apostles," graduated in 1873, and "included a future California governor, a U.S. congressman, a mayor, a bank president, two UC regents, a businessman, an attorney, an engineer, a math professor, a clergyman and a rancher." 5 The class also included Franklin Rhoda (standing 2nd from right in photo). The graduation was held on the new Berkeley campus, which consisted of South Hall and California Hall.

Much later in life, Clarence was honored by the university, and was the last of the 12 to die in 1936. He and classmate Frank Otis (mayor of Alameda 1913-1915, seated 2nd from right) had held a class meeting before Big Game in 1931 and elected each other class president and class secretary, with the office of president going to Wetmore because of his seniority on the rolls. Otis died in 1932. 2

In 1882, Wetmore's brother Charles founded Cresta Blanca Winery in Livermore, one of the original wineries in the Livermore Valley. Its first vintage was a dry white wine in 1884. It won Grand Prize at the 1889 Paris Exposition, the first California wine to win a competition in France. This helped re-invigorate the California wine industry. 4

Charles ran the business until 1892, when he instead focused on improving and promoting all California wines. Clarence took over running the business. 8

The business thrived until Prohibition in 1920. Charles Wetmore died in 1927 before Prohibition was repealed, but Clarence reopened the winery following the repeal. The business was sold in 1941 after Clarence's death, and the winery is now home to Wente Sparkling Cellars, and is California Historical Landmark #586. 4 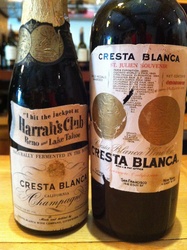 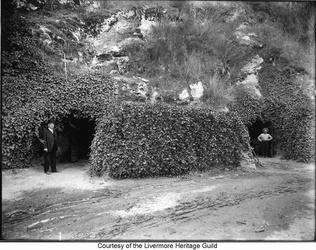