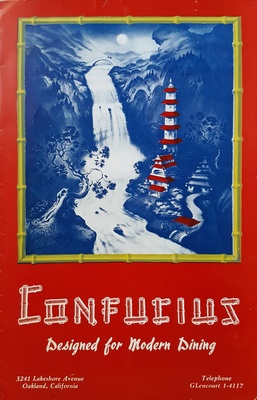 The Confucius Restaurant was a Chinese restaurant at 3277 Lakeshore Avenue. It was started in 1940 by Oscar Bowers, namesake and owner of the nearby Oscar's lounge. At some point after Bowers died (in 1943), it moved to 3241 Lakeshore Avenue.

One unusual feature at the original location was a 7'x8' "scene-in-action" display on the front. Using translucent layers, paint and lighting, it made it appear if the scene featuring a waterfall and Chinese mountain retreat was moving. An oft-remembered feature at the second location was a koi pond.

The cooks were Horace Fong and his mother; Fong was also half-owner of the restaurant. 2 [ not clear yet if ownership was from the start, or after Bowers' death ] 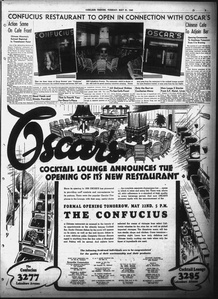 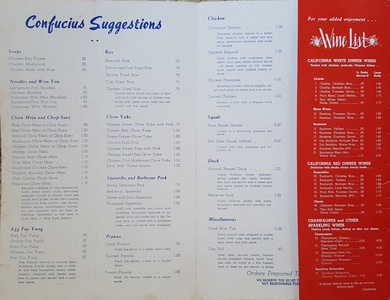