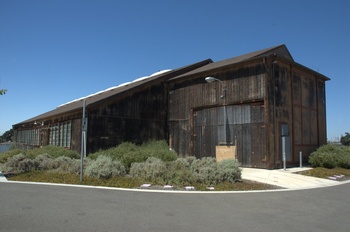 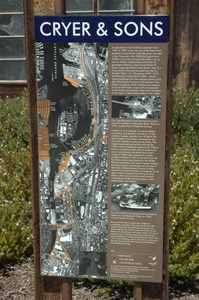 history sign
CC SA-BY Our OaklandCryer & Sons Boatyard was a boatyard near Coast Guard Island, in operation in Oakland from 1907 to 1989. It was founded by William Cryer in San Francisco in the 1890s, and was in two Oakland locations, first at 11th Avenue from 1907-1912, and then on Dennison Street from 1912-1989. Cryer & Sons originally built and repaired wooden powerboats, and beginning in the 1960s, also repaired steel-hulled boats.

According to a sign at the Dennison Street building, the largest boat they built was a 130-foot yacht for Oakland automaker R. Clifford Durant of Durant Motors. They built a number of small, coastal transports for the U.S. Navy during WWII, 6 and 40 launches and cannery tenders for the Alaska Packers Association, then the world's largest salmon-canning company. They even built a cement-hulled sailboat for then-mayor John Reading in 1974. 2

The boatyard owned a portion of the land on Dennison Street used for the operations, and leased the remainder from the Port of Oakland. In 2000, apparently as part of a settlement of litigation filed by the Port (against the boatyard and the subsequent owners of the site) regarding contamination of the properties by the boatyard, the Port purchased the private portion of the former boatyard site. The entire site is now leased to the City. Using funds from a variety of sources, including Measure DD, the City and the Port have removed much of the contaminated soil, and developed the upland portion of the property as an extension of Union Point Park.

The City had long been considering the possibility of upgrading the building for some community use, but that decision process is now moot since the building was heavily damaged in a fire on the morning of November 13, 2020. 1, 7 The building had been in poor condition for years and the East Bay Times article about the fire noted that the building had been red-tagged earlier in 2020, so any upgrade was probably unlikely. 5 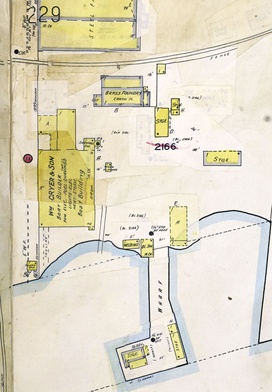 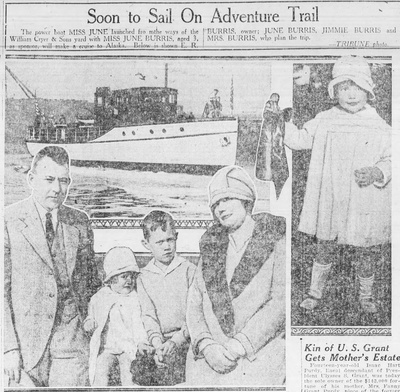 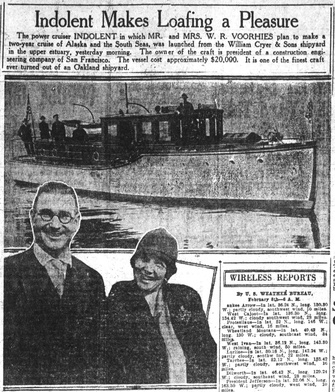 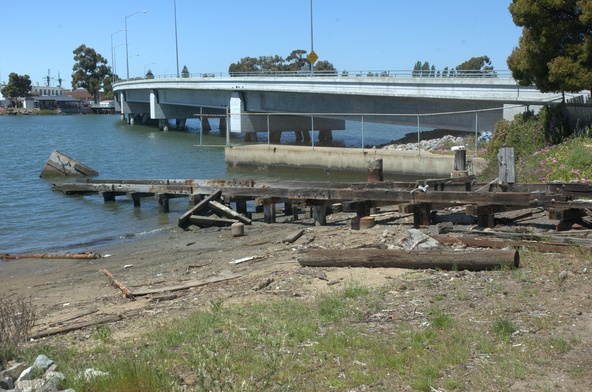 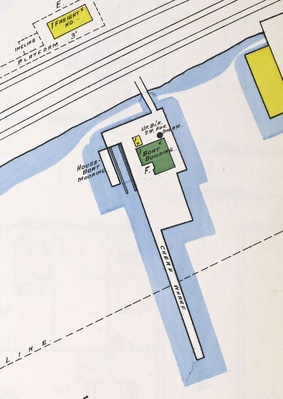