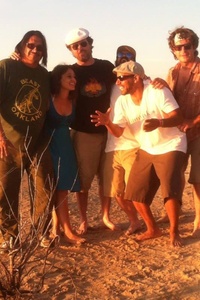 Candelaria is a Oakland Based Cumbia and Dub Group.

Cumbia is a musical style that has origins in the Caribbean coast of Colombia, especially the cities of Barranquilla, Sincelejo and the Afro-Colombian town of San Basillio de Palenque. It takes roots from African drums Called Tambor Alegre Tambor Llamador and Tambora and indigenous flutes called "gaitas" and originated during the Colonial times when the Spanish Empire ruled in Colombia. It was a fusion of Primarily African and Indigenous cultures with Spanish lyrics.  Now Cumbia has been modernized with drum sets, timbales bass, congas, clarinets, trumpets, saxophones, and accordians.

Oakland has had a pretty strong cumbia underground scene in the last 15 years. Many clubs and bars have cumbia nights with DJs or live performances. There are several cumbia groups based in Oakland who perform regularly in Oakland at clubs or festivals. Groups includ La Misa Negra, Candelaria and Riddim 510 Now (Los del Kumbiaton) 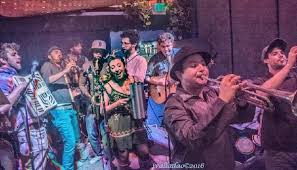 There is also the most recognized street Cumbia big band fusion  group from the east bay Pasto Seco Band, is a Latin American dance band pulling from traditional central, south american and caribbean styles like Cumbia, Mambo, Saya and Salsa to bring people together in celebration. They play wild abandon, lots of horns, drums and percussion, plus accordion, guitar and bass. Based in the San Francisco East Bay, they have an all-star 14 member band, who hail from Chile, Colombia, US, Mexico, Cuba and Argentina. Through various community partnerships they work with youth helping to expose them to the richness of Latin American culture. Pasto Seco Band has blessed the stage at many prominent SF bay area venues bringing the dance party wherever they go... https://www.facebook.com/pastosecoband/

There was also a group called Fuga which has broken up. Aluna is another Oakland cumbia ensemble that plays traditional cumbias from Colombia with African drums and Colombian gaitas. Juan Carlos Angulo, a local Cumbia artist and promoter, has played a big role in making Cumbia popular in Oakland as well. 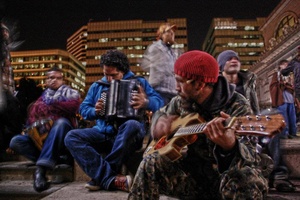 There are also several bars and clubs that do cumbia like La Estrellita, and the New Parish has also done cumbia shows in the past with the famous Mexican cumbia artist Celso Piña and the Colombian band Bomba Estéreo. Festivals like Art and Soul, Festival Dia de los Muertos and First Fridays have had live cumbia performances. There are also several DJ's like Dj Riddim Kool Kyle, DJ Rogermas, DJ Rabeat and even DJ Agana who play cumbia or do cumbia shows. Sometimes in the summertime and warm days you can also find drummers doing Cumbia and Afro-Colombian Drumming at Lake Merritt.

A More recent collective of Cumbia groups in Oakland is the Cumbia Cartel made up of Calafia Armada and La Ceiba and La Gran Puchica they have been bringing a fushion of Traditional Afro Colombian music and Modern Cumbia and have a growing following in Oakland and the East Bay. 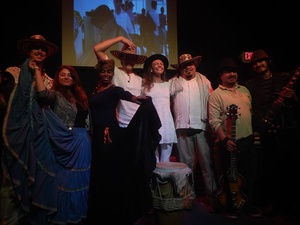 Calafia Armada at the Uptown 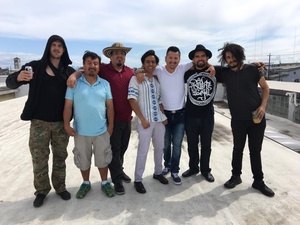 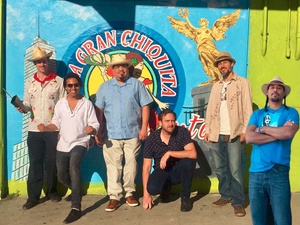 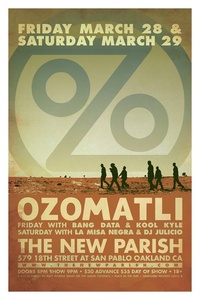