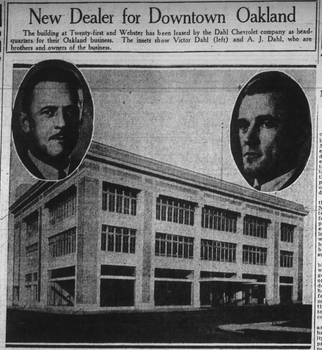 Dahl Chevrolet was a long-time Chevy dealer in Oakland, owned by brothers A.J. Dahl and Victor Dahl beginning in 1931.

During the 1920s, Victor ran an Oldsmobile dealership in San Francisco. In 1931, they opened a Chevrolet dealership at 21st and Webster in Oakland. 1 Later that year they opened a showroom at 2401 Broadway, 4 and in 1941, they moved to 27th and Broadway, to what had been the Howard Automobile showroom. 2 They also had a used car lot at 2630 Broadway.

The 1941 article describes George I. Peterson as "owner and general manager" 3 but it's unknown if the owner part is correct. 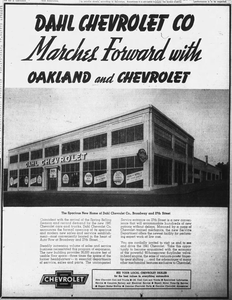 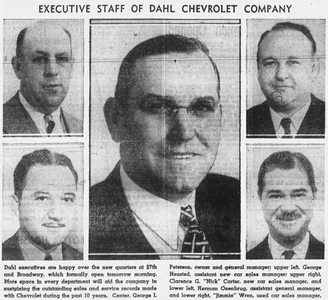 Gene's great aunt trading in an old car at 2630 Broadway and getting a new one. Note the brief appearance of First Congregational Church in one shot. 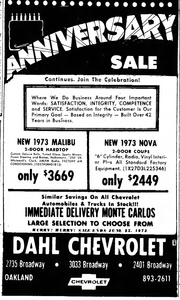