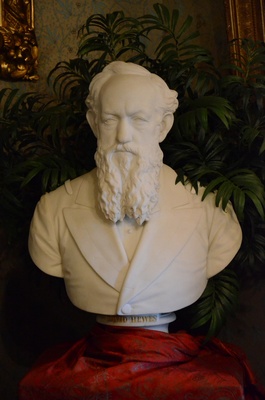 David Hewes is so famous that he has a wikipedia entry, and has been called "the maker of San Francisco."1

Hewes graduated from Yale, and came to California in 1849, first living in Sacramento.4 In 1852 he moved to San Francisco and was involved in making the land suitable for the city. That's the story for someone else's wiki, as is his donation of the "golden spike."2

Hewes moved to Oakland in 1877. Due to his Yale connections with Henry Durant, he was an early member of the Board of Trustees of the College of California which soon became the University of California, Berkeley. Hewes was involved in various business ventures: real estate, coal, and most famously, the railroad. After marrying Matilda Gray, Hewes traveled the world on a honeymoon (Palestine, Egypt, Greece, Europe, etc), and when they returned, lived in the Camron-Stanford House and used it for many social gatherings. The Heweses were members of the Ebell Society, and he credits this as the reason for President Hayes and his wife for coming to their home.

Hewes writes this about his reason for being on the Council:

"During our residence in Oakland I was invited to stand for election to the Oakland Council, and at first declined. The better judgment of my wife, who thought it my duty as a citizen to do my part toward helping make good laws and preserving good order for the people among whom I lived, influenced me to accept the nomination."5

While on City Council, Hewes was forced to deal with the mess that Carpentier had caused on the waterfront and because of this swore never to return to politics. In 1881, he moved to Tustin, California.

David Hewes, who died a millionaire, is buried in Mountain View Cemetery. 6 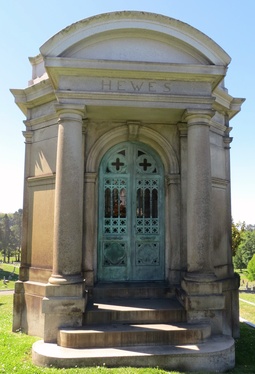 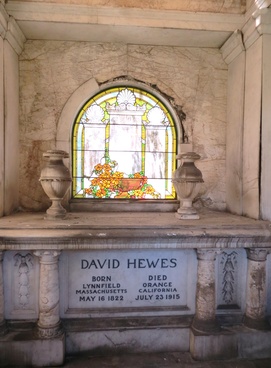