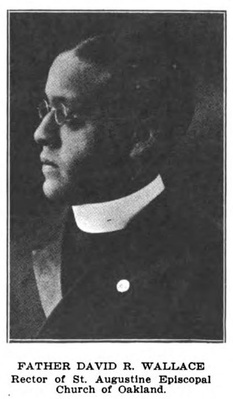 Wallace was born September 30, 1878 in Cleveland, Ohio. It's unknown when he first came to Oakland; his name first appears in the Oakland Tribune in 1912. 2 St. Augustine's was then a mission of St. John's Episcopal Church.

In 1927, Wallace was elected president of the Oakland branch of the NAACP. 3 He continued to be involved with the NAACP; in 1937 he elected treasurer of the Alameda County NAACP, serving along with Byron Rumford. 4

Wallace married Ruby Mary Baham (Wallace) in 1939, and they had one daughter, Sharon Lavanda Wallace (Bryant). 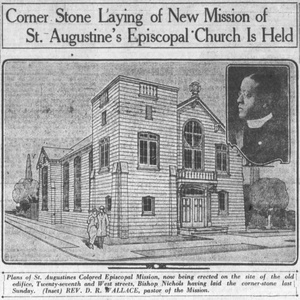