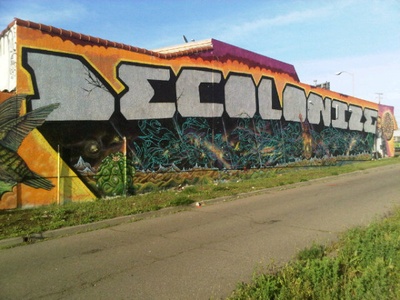 The Decolonize mural is located on East 12th Street as it approaches 16th Avenue in Rancho San Antonio.

“Decolonize is a universal message to all people of the earth to reconnect to their ancestry, the earth, to their traditional medicines and knowledge, and to a global consciousness that we are all related. Everyone on the planet has indigenous roots to somewhere,” said artist Lavie Raven - one of the ten contributors to the large scale mural that is 200 feet wide and 30 feet high and took two and half days of concentrated work to complete. The other artists are CRP  (Community Rejuvenation Project) regulars Mike 360, Release, Beats 737, Desi, Rate, Abacus, Pancho, Yesenia Molina, and Dora Chavarria.

The "Decolonize" mural is also is a critical commentary on the Occupy movement since CRP members say that the "indigenous community and communities of color" have witnessed exclusion from the Occupy movement. CRP states that the mural serves as  "a reminder that indigenous communities of color already inhabited native lands before colonizers, settlers and tourists arrived."

You can spot it riding BART a few moments before it goes underground heading into Downtown Oakland. 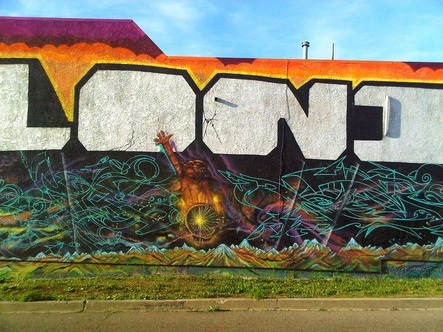 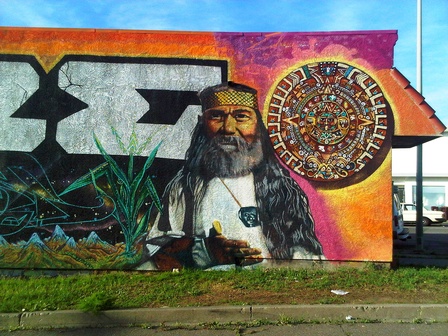