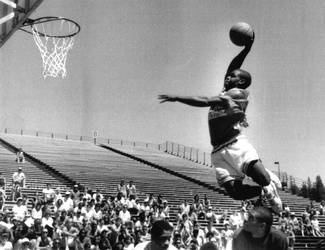 Demetrius "Hook" Mitchell (born September 10, 1968) attended McClymonds High School in Oakland where he excelled in basketball. Hook was considered to be one of the greatest basketball players of all time to have never reached the NBA, due to his negative life choices.

Mitchell was convicted of armed robbery, and after serving 51 months was released from prison in 2004. He went to the Golden State Warriors training camp, but was cut from the squad. He is the coach and founder of the Oakland Mountain Dew Xtreme, an AAU basketball team. 1