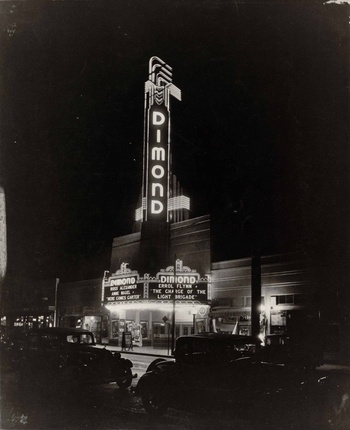 The Dimond Theater was a movie theater in Oakland at 3422 Fruitvale Avenue. The theater opened in 1927 and closed in February, 1953.

Eventually, the former theater was gutted and remodeled into a Lucky supermarket. [ There is no Lucky's there now and no theater that I can see from here... Farmer Joe's is in a similar place with a different address (3426), but doesn't look much like that. Not sure when the renovation/destruction happened. ]

Originally, the theater was "Egyptian in style. The facade featured faux stone blocks, and a corbelled central window flanked by columns, and a tall vertical sign rising high above the roof.  In later years, the facade and signage were remodeled in Moderne style, with much neon." 1 The theater was designed by A. A. Cantin. 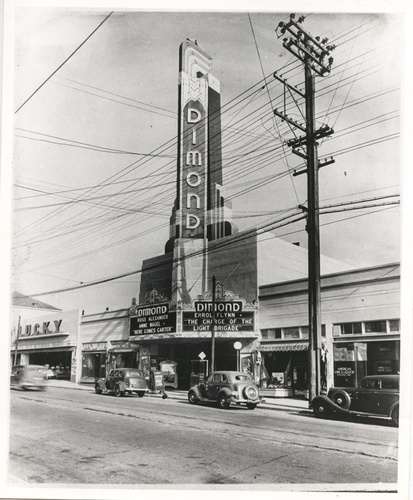