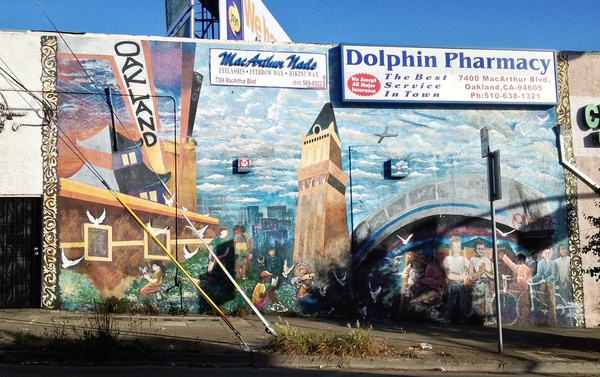 This mural used to exist on a building on 73rd Avenue just east of MacArthur Blvd., and included ads for MacArthur Nails and Dolphin Pharmacy, two businesses nearby on MacArthur Blvd. The building was damaged by a fire sometime between April 2016 and June 2016, and the building was torn down completely by December of that same year. 1,2,3

Does anyone why or when the mural was painted in the first place?