As a young widow in 1963, Dorothy DeBolt was the mother of seven children ages three to fifteen, including two children adopted from Korea. She went on to adopt two more boys from Vietnam, enlarging the family to nine children.

She met Bob DeBolt on a blind date, who also had a child, (daughter Doni DeBolt, who recently became the Executive Director of AASK | Adopt A Special Kid). Dorothy and Bob married, and together raised 20 children, 14 of whom were adopted. 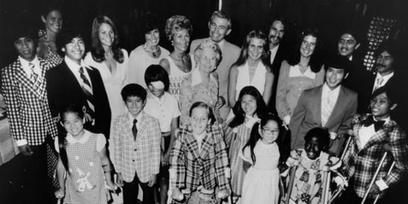 Dorothy and Robert DeBolt with their 19 children 2

The 1978 Academy Award winning documentary Who Are the DeBolts? was about the DeBolt family and their adoption of special needs children.

In 1996 Dorothy and Bob DeBolt received the Child Advocates of the Year Award from the North American Council on Adoptable Children (NACAC). 1 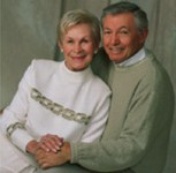 In 1973 Dorothy and her husband Robert "Bob" DeBolt founded the Oakland-based adoption organization Aid to the Adoption of Special Kids, now known as AASK|Adopt A Special Kid, a nationally recognized licensed adoption agency and 'last resort' for "special kids."

Dorothy DeBolt was living with her husband Bob in El Cajon, California at the time of her death.

A public memorial will be held as part of the first Dorothy DeBolt Memorial 5K Fun Run/Walk on July 7 in Oakland to benefit AASK. To sign up or to make donations to AASK, please call 888-680-7349 or go online at www.aask.org.