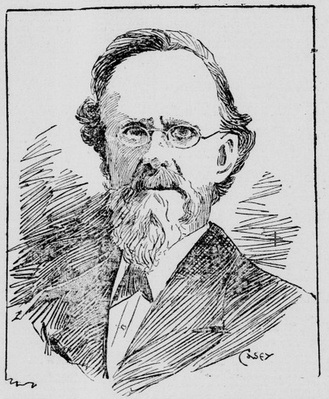 Dudley C. Stone (1829 – December 1, 1895) was a pioneer educator. He was an instructor from 1868-1870 at the Pacific Female College. Later he ran a girl's school in Berkeley, then worked in San Francisco schools, including as assistant superintendent under A. L. Mann.

Stone was born in Ohio in 1829, and graduated from Marietta College in 1847. He taught in New Orleans until coming to California in 1852.

Dudley married Mary Ozier (?-?) of New Orleans in 1849. They had six children: Mrs. E. B. Young of SF, Mrs. M. Ingals of Lehigh, Utah, W. S. Stone and Mrs. F. Strahler of Yokohama, Japan, E. W. Stone of SF and L. S. Stone of East Oakland. Stone was a member of the Oakland lodge of Odd Fellows, as well as the San Francisco lodge of Freemasons.

Stone died when he stepped off a streetcar in East Oakland and was struck by a streetcar going the other direction. He was on his way to visit his son, L. S. Stone, who lived on 26th Avenue.