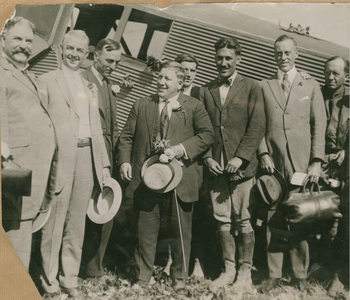 Durant Field was a short-lived airport owned by Cliff Durant, and the western end of the first transcontinental air mail service. It was around from 1919 until 1924 when the property was sold to a real estate developer. 2 The photo includes mayor John L. Davie, WWI flying ace Eddie Rickenbacker (3rd from left), airplane designer John M. Larsen, pilot Bert Acosta (6th from left with bow tie), and postmaster J.J. Rosborough. It was taken by Frank E.H. Frost. 1

A number of "aerial circuses" were held at the field. 6,7

In 1922, the field was leased to Chet Clarke, who took over managing the field opened a flying school there. 5 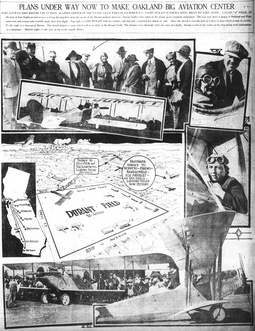 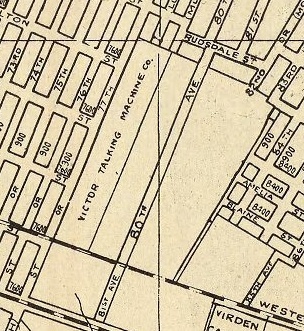 Some of the land was sold to the Victor Talking Machine Co. in 1923, and the remaining property was sold to a real estate developer in 1924. 2