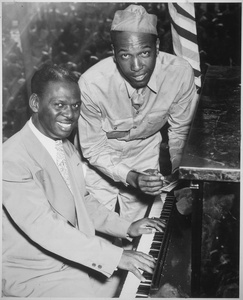 Earl Kenneth "Fatha" Hines (December 28, 1903 – April 22, 1983) was an American jazz pianist and bandleader. He played at the Slim Jenkins Supper Club in West Oakland. He lived in Oakland from the 1960s onward with his wife Janie and two daughters, Janear and Tosca, opened a tobacco shop and came close to giving up professional music. His home was at 815 Trestle Glen, according to the 1996 book San Francisco: The Musical History Tour by Joel Selvin.

Hines was one of the first American jazz figures to tour the Soviet Union (in 1966) and Cuba (in 1977). He toured the world, often better appreciated overseas than he was at home. His final performance was in San Francisco just days before his death.

[needs more. would be great to have more Oakland info and pictures of him in Oakland]

He died in 1983 and is buried in Evergreen Cemetery. 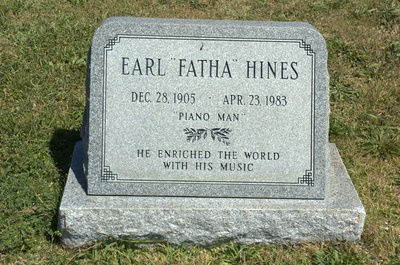