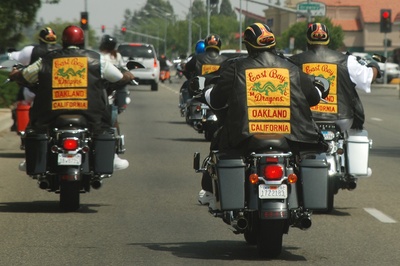 The club was originally started as a car club by Tobie Gene Levingston, who wrote a book Soul on Bikes: The East Bay Dragons MC and the Black Biker Set along with Keith and Kent Zimmerman.

The club was recognized in a city council proclamation on January 8, 2014:

"The East Bay Dragons Motorcycle Club, when dealing with a community often battling negativity and violence, have remained a symbol of positive community activism, and pride within Oakland and within the African American community."