East Coast Meets West Coast is a 2010 mural on the west side of International Blvd. in East Oakland by Miller Avenue. This production was painted in the summer by Amend TDK, Vogue TDK, Estria, Cope2 KD, Queen Andrea and Indie. (The dark image in the middle is a pigeon that flew by as I snapped one of the two photos I took and stitched together for this image. - HiMY SYeD)

It has a circus theme, but with interesting twists like an unusual Oakland A's elephant, Rocketman, and some penguins with rockets on their backs (ala the movie Batman Returns.) 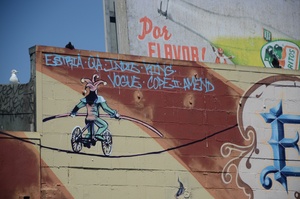 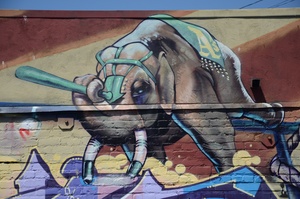 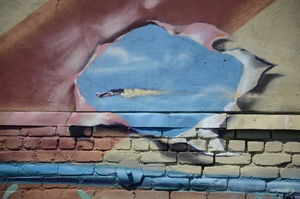 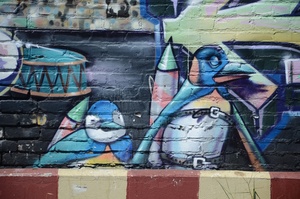 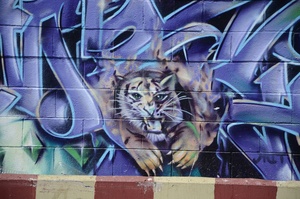