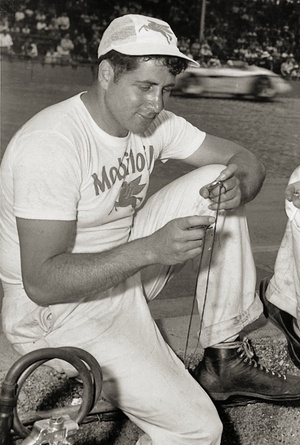 Ed Elisian (Edward Gulbeng Eliseian) (December 9, 1926–August 30, 1959) was a racing driver who was born and raised in Oakland. His driving style was aggressive, and some drivers disliked him and felt he was responsible for a number of crashes, but he is one of only two drivers in Indy 500 history to stop a non-damaged car to help another driver. He died in a fiery crash in the Milwaukee 200. 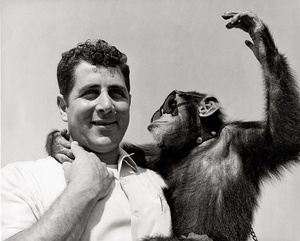 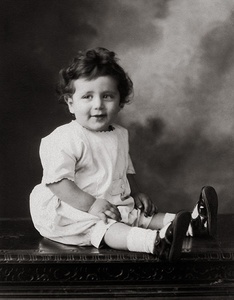 Edward served on the navy destroyer escort U.S.S. Seid (DE-256) in 1945 at the end of WWII. The crew list includes Edward “G” Eliseian, S2c (seaman 2nd class) from August to November 1945. The Seid was decommissioned in December 1945.

In the 1955 Indy 500, Elisian stopped his car in a futile attempt to help Bill Vukovich, who was his friend and idol. He is one of only two drivers in Indy 500 history to stop a non-damaged car to help another driver.

In the 1958 Indy 500, Elisian started on the front row with Dick Rathmann and Jimmy Reece. Elisian spun in turn #3 and hit Rathmann. This resulted in a 15-car accident. Pat O’Connor hit Reece’s car and was launched 50 feet in the air and flipped. O’Connor probably died instantly of a fractured skull, but his car was incinerated in view of fans and other drivers. Many drivers blamed Elisian, and he was suspended, but he was reinstated a few days later. (The 1958 Indy 500 was A.J. Foyt’s debut in the Indy 500.)

In June, 1958, Elisian was involved in another multi-car car crash in Ohio, which claimed the life of racer Jim Davis. Though Elisian was absolved, this didn’t help his popularity with other drivers.

In 1959 Elisian was racing in the Milwaukee 200. A.J. Foyt blew his engine and it spilled oil on the track. After several laps under the yellow caution flag, Elisian hit the oil patch. His car crashed and flipped against the wall where it caught fire and burned for almost 10 minutes. Elisian died in the crash. He is buried in the Eliseian family lot at Mountain View Cemetery in plot 52D. 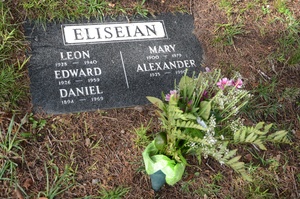