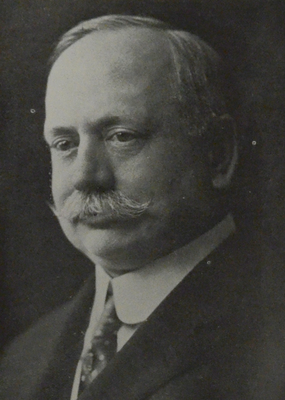 from Davis' Commercial EncyclopediaEdson Francis Adams (June 11, 1860–July 27, 1946) was born in Oakland, and was the son of Edson Adams. Among other things, the younger Edson Adams was a banker (president of Farmers and Merchants Savings Bank) and attempted gouger of Oakland in its attempt to create Lakeside Park.

In 1900, the family lived at 1379 Jackson Street. In 1910, they lived at 328 Hillside Avenue in Piedmont. In 1913, Adams had a large house built at 25 Sea View Avenue in Piedmont. The house, designed by Charles Peter Weeks, was predicted to cost $100,000 to construct according to a fairly extensive March 1913 article in the San Francisco Call. After Mr. Adams' death, the house was purchased by Joseph R. Knowland. In 2003 it was listed for sale at a price of $5.6 million.

Adams was the author of a booklet, Oakland's Early History, written in 1932.

He died in 1946, at his home in Piedmont. He was interred in the main mausoleum in Mountain View Cemetery. Elizabeth is also interred there, along with Frances Adams. 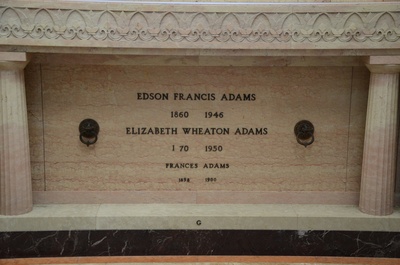