Edwards Jewelers was a long-time jewelry business spanning three generations, dating back to 1879. They also sold glasses. They were in business until at least 1963. 6

It was started as R.W. Edwards by Robert William Edwards in 1879 as the successor to Wilson's. His son, Ambrose Frederick Edwards worked in the store and took over after R.W. died in 1898; at some point the name was changed to A.F. Edwards. Ambrose's son, A.F. Edwards, Jr., took charge of the store in 1921. 4 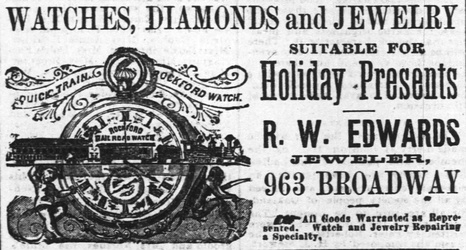 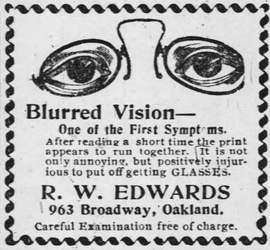 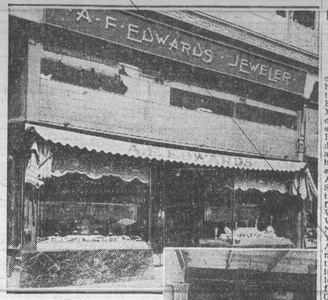 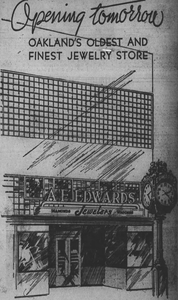