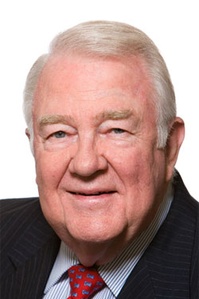 Edwin Meese III was born Dec. 2, 1931, to Edwin Jr. and Leone Meese in Oakland, California.  As a young boy in Oakland, Meese and his brothers published a neighborhood newspaper to buy a War Bond.  While attending Oakland High School, Meese and the school debate team won the state championship, and he was the Class of 1949 Valedictorian.

Meese married Ursula Herrick, who was the daughter of the Oakland postmaster, in 1959.

While serving as Ronald Reagan's Attorney General, Meese argued against continuing affirmative action. In his opinion, minorities were lobby groups and should have to argue for special consideration just like any other lobby group.2