Eilers Music House (or Eilers Music Company) was a West Coast chain in the early 1900s specializing in pianos.

The exact lineage is confusing, but it was started by Hy Eiler in 1899 in Portland, Oregon. 1 There were 3 regions on the West Coast run by 3 corporations until 1910, when 40 stores decided to incorporate. 2 Locally, there was a Pommer-Eilers Music Company based in San Francisco, beginning in 1902. 13,14

1911 brought news they were closing the Oakland store, and an ad for a big clearance sale. 7 Despite that, in 1912 they had moved again, this time to 1448 San Pablo (behind the First National Bank Building, next to where Kahn's Department Store would soon be constructed) 8 They were still in business in 1915, when L. Kowalski, the music director of the Orpheum purchased a grand piano from Eilers. 9

What would 1917 bring? Another close out sale, one lasting the rest of the year and into the next. 10,11 Finally, in October 1918, Brillharts was selling off the remaining stock of the now bankrupt Eilers. 12 That was the end of Eilers Music House in Oakland at least, though Eilers-made pianos occasionally appeared for sale. 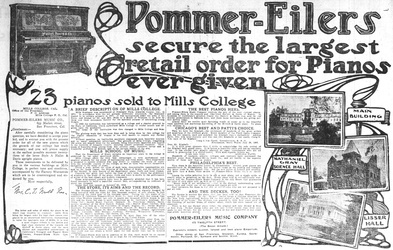 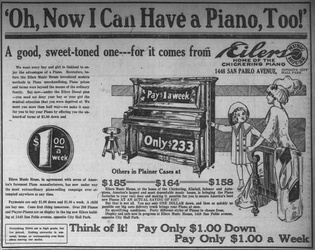 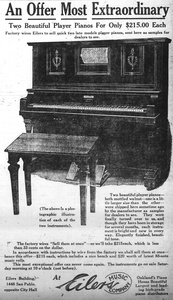 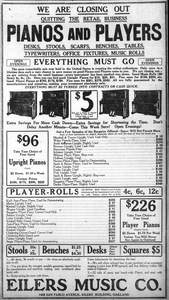 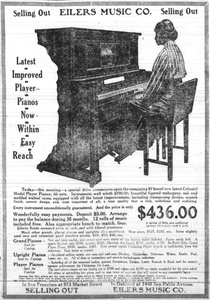 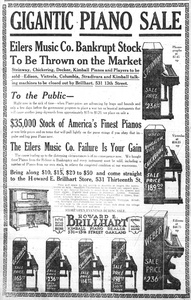