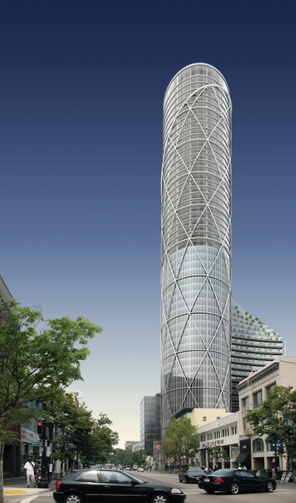 Encinal Tower was a proposed 56-story, 715' skyscraper that would have been located at the corner of 19th Street and Broadway in Downtown Oakland.  The proposal was the brainchild of developer Peter Wang and would have contained 942,000 sq. ft. of office space, six floors of parking, topped by luxury housing.  The proposal was withdrawn in 2010, and in November 2012, the San Francisco Business Times reported that the property had been sold to a new developer proposing a 28-story building. At the time, title records indicated that title to the three parcels comprising the site were still held by two LLCs affiliated with Mr. Wang. The property was deeded to the new entity, 19th and Bway Associates, LLC, on August 1, 2014. The new owner is controlled by the new developer, Seth Hamalian. The one-acre site is currently occupied by the historic Tapscott Building and a parking lot.