Pardee was born in Greece, New York and moved to the MidWest before coming to California during the Gold Rush. When he came to San Francisco, he became an eye doctor.4/p>

Pardee served on the Oakland City Council in 1869, 1870, 1871 (President of the Council), and 1872. He was a member of the Republican party.1 He also served as state assemblyman in the 9th Assembly and state senator.2

Dr. Enoch H. Pardee was a Freemason and with others, organized the Oakland Lodge, No. 188 in Oakland on March 16, 1868. He was Junior Warden, then was elected Master in 1871. His only son, Dr. George C. Pardee received degrees of Masonry and presided in the Oriental Chair of the Lodge which he created. 3George Pardee, a medical doctor, was active in Oakland politics and was the 29th mayor of Oakland, and later became the governor of California.

Enoch died in 1896, and large numbers of people turned out for the funeral at the Masonic Temple. Nathan Spaulding delivered the eulogy, and Reverend McLean spoke. The Pardees are buried in Mountain View Cemetery in Oakland. 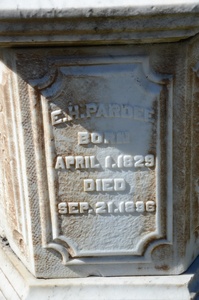 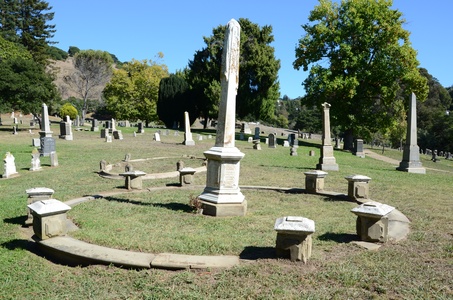 I was information on Sarah Winchester (Winchester House).  She was born Sarah Lockwood Pardee in New Haven Connecticut.  According to this website,  http://www.thetruthaboutsarahwinchester.com/ she is related to Enoch Pardee.  I don't know if that something worth mentioning here.